Bartika Eam Rai is a Nepali singer-songwriter based in New York City. She released her debut album Bimbaakash in 2016, which received positive reviews from all the listeners. She is loved for her soothing voice and poetic lyrics with amazing choice of rich Nepali words.

She has appeared on stage collaborating with underground metal band ‘Gothica’ (2011) and the ‘Night’ (2012). She has also trained under Abhaya Subba Weise for Women In Concert Episode 8 in Kathmandu (2012). In New York City, she performed with Phiroj Shyangden, Prajwol Bajracharya, Thile Thakali and Rajendra Karna for over eight months, at Himalayan Yak restaurant (2013-2014). This experience has been significant in her life as a songwriter. As a writer, she has worked with Navyaata, ECS Teenz and ECS Living. As a songwriter, she has worked on indie home recordings with various indie artists. In 2018, she released her second album – Taral.

Najeek is a song by singer-songwriter Bartika Eam Rai. Najeek is the third single from Bartika Eam Rai’s debut album Bimbaakash released in 2016. Written and composed by Bartika Eam Rai herself and engineered, produced and mastered by Diwas Gurung, this is one of the most popular songs of her.

No Pain No Gain – Scorpions

Ganja Gun is a song performed by a Jamaican singer-songwriter Bob Marley. The song is believed to be performed by Marley on the Babylon by Bus tour. The song was never released.

About the song “Ganja Gun”

Ganja Gun is a song performed by a Jamaican singer-songwriter Bob Marley. The song is believed to be performed by Marley on the Babylon by Bus tour. The song was never released. However, there are some controversy floating around, if the actual singer of the song is Bob Marley.

Robert Nesta Marley, professionally known as Bob Marley was a Jamaican singer-songwriter born on 6 February 1945. In 1963, Marley along with his friends founded a Jamaican reggae band Bob Marley and the Wailers and released their debut studio album The Wailing Wailers in 1965. In 1973, after releasing their fifth and sixth studio album; Catch a Fire and Burnin’, the group attained international success. The band disbanded in 1974, and Bob Marley began his solo career. His debut album as a solo artist is Natty Dread in 1974, despite the break-up of the band, Marley released this album under the band’s name. Bob Marley became a Rastafari icon and also was considered a global symbol of Jamaican culture and identity. He was also controversial in his outspoken support for the legalization of marijuana. In 1981, Bob Marley died due to a skin cancer (acral lentiginous melanoma).

Ocean is a song by Indian singer-songwriter Anuv Jain. The song is the second studio single of the singer after “Baarishein”.

About the song “Ocean”

Ocean is a song by Indian singer-songwriter Anuv Jain. The song is the second studio single of the singer after “Baarishein”. “Ocean” was written and composed by Anuv Jain.

Anuv Jain is an Indian indie folk/soft/pop rock singer-songwriter from Ludhiana, India. In 2011, at the age of 16 he uploaded his first song “Meri Batoon Main Tu” on video sharing site YouTube. After uploading three songs on YouTube, in 2016, he released his first studio recorded single which was one of his old song “Baarishein“, which has 6+ million views on YouTube as of now. In 2018, Jain released his second studio recorded single “Ocean”.

“Wajah” is a song by Indian singer-songwriter Piyush Bhisekar from his debut extended play Hai Bharosa released in 2018. 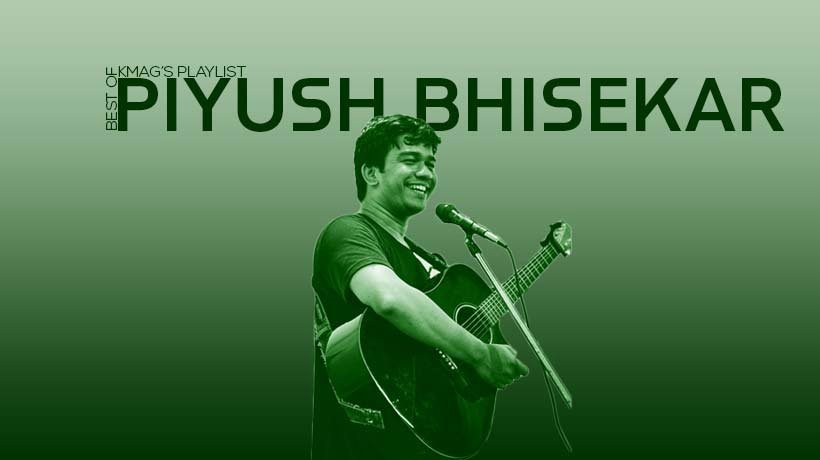 About the song “Wajah”

Wajah is a song by Indian singer-songwriter Piyush Bhisekar from his debut extended play Hai Bharosa released in 2018. The song was written and composed by the singer himself.

Piyush Bhisekar is an Indian Indie musician, singer and songwriter. Bhisekar released his debut EP Hai Bharosa in 2018. It’s a collection of six songs stringed in a way which will take you on a journey of personal deep rooted experiences. It’s about Love and believeing in whatever makes you happy! Storytelling, Poetry and conversations from your life is what you’ll find here.